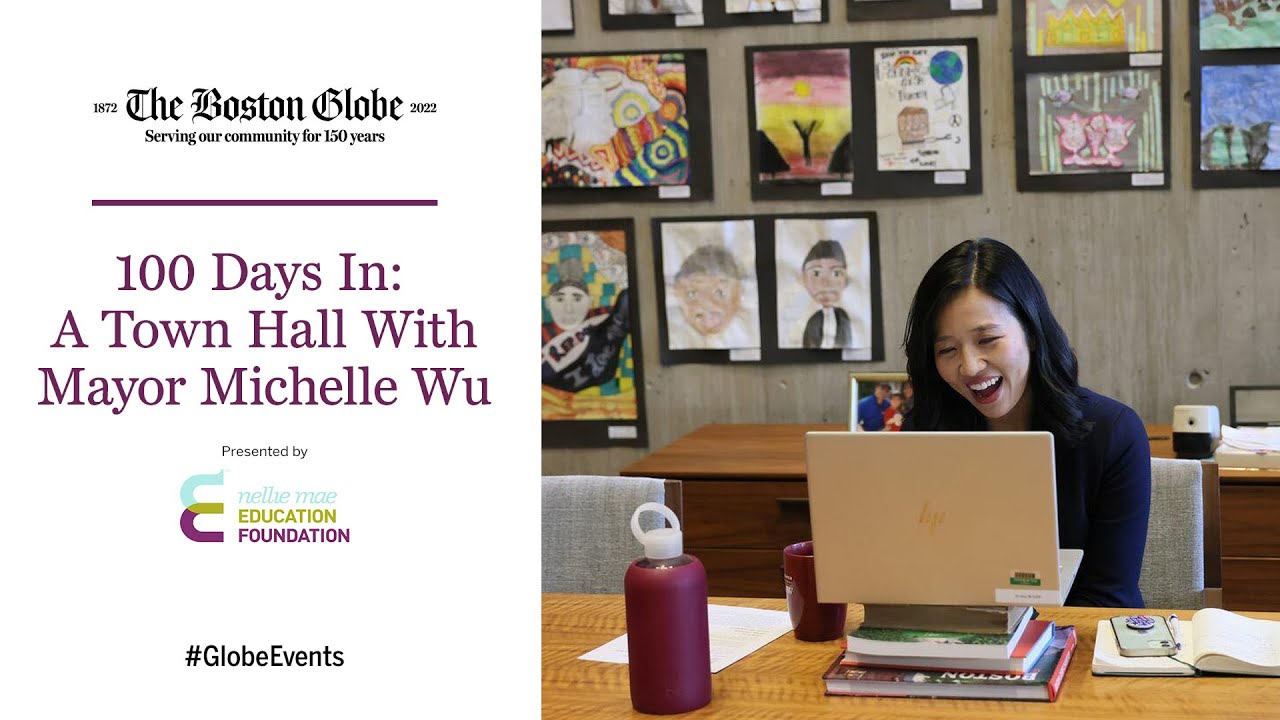 Boston Mayor Michelle Wu, the first woman and first person of color elected mayor of the city, has had eventful several months in office — from moving those living at the encampment at Mass. and Cass into temporary housing, to expanding fare-free transit, implementing a vaccine mandate for city workers and the departure of the BPS superintendent. In this Globe town hall event, reporter Milton Valencia will ask the Mayor to reflect on her work so far and preview what lies ahead.