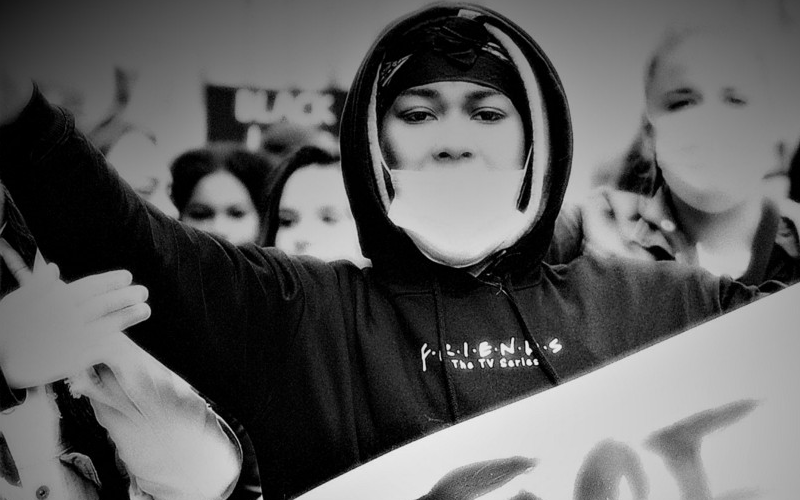 Photo by Guillaume Issaly on Unsplash, Written by Alexis Harewood and Ellen Wang

Central to the Nellie Mae Education Foundation’s focus on advancing racial equity in public education is our commitment to ensuring all young people and families feel safe in schools and communities across New England as school buildings continue to reopen. When young people experience belonging and emotional safety by feeling that their perspectives, needs and full identities are seen and embraced, they can focus on learning and thrive academically (Darling-Hammond, 2017).

Since the Foundation released the Racism is a Virus, Too Rapid Response Fund in March of 2020, over 500,000 people in the United States have died from COVID-19. The virus has disproportionately impacted the Black, Indigenous, Latinx, and Asian American Pacific Islander (AAPI) communities. While Asian American racism did not start with COVID-19, the spread of the virus has prompted the rise of anti-Asian racism and xenophobia through the U.S., “taking the forms of vandalism, student bullying, online hate speech, and more recently, violent attacks against elders. This type of ‘othering’ divides communities by dehumanizing groups of people when anxiety is manipulated and misdirected to place blame in the time of crisis” (Smithsonian APA Center).

AAPI communities have a deep-rooted history of being in solidarity with other communities of color — something that is often left unspoken. There is a vast history of AAPI communities supporting Black communities in the United States including during the Civil Rights Movement of the 1960s. Activists like Yuri Kochiyama, Grace Lee Boggs, Richard Aoki, and Larry Itliong were constant advocates for Black and Brown liberation and worked closely alongside Black and Brown people.

Two of our program officers leading this work to reflect on what cross-racial solidarity means to them, as women of color.

Last year brought me countless moments of sadness and grief after the murders of Breonna Taylor, George Floyd, and so many others. Yet there were innumerable acts of solidarity that filled me with hope. As a Black woman, it meant a lot to see and hear that other non-Black people of color recognized that the ‘issue’ being fought wasn’t Black people standing against the police, but the suppressed standing up and fighting against white supremacy in all of its many forms. Moreover, it was liberating to see people working to expose how anti-Blackness shows up in their racial groups and fighting racism with solidarity as one of my favorite activists, Fred Hampton, did.

I recognize that while Black communities grieved these murders, AAPI communities around the world were also grieving and fearing for the physical safety and emotional well-being of themselves and their elders. They fought a silent war that had yet to be fully detailed or reported by the mainstream media. Yet, they showed up and held Black people closely and remained in solidarity.

As an East Asian woman working in philanthropy, I am incredibly grateful to be doing this work alongside my colleagues in the philanthropic sector. I am especially moved to do this work in solidarity with my colleague and dear friend, Alexis Harewood. Doing this work alongside a brilliant Black woman and my other colleagues at Nellie Mae has been a tangible way for me to heal and work through my own anger and grief.

Healing can only begin to happen when we stop long enough to listen deeply to each other, acknowledge the harms we have caused one another, and understand that it is white supremacy that has pitted us against each other and that of which must be dismantled.

I want to be clear that while AAPIs are being targeted now during the pandemic, anti-Asian racism and violence, Sinophobia, and xenophobia are nothing new. They are interwoven into the fabric of this country. Healing can only begin to happen when we stop long enough to listen deeply to each other, acknowledge the harms we have caused one another, and understand that it is white supremacy that has pitted us against each other and that of which must be dismantled.

My hope is that this funding opportunity will continue to support those who have been doing the work of promoting cross-community solidarity, and serve as a stepping point for those we are ready to embark on the hard work of building deep, sustained bridges. I fundamentally believe that our liberation is bound together and showing up for one another cannot be transactional, but a life-long commitment.